“The Gray Man” has notched a spot in the top five of Netflix’s all-time list of most popular films.

According to Netflix’s Top 10 stats for the week of Aug. 8 through Aug. 14, the film netted 21.16 million viewing hours in its fourth week on the streamer, landing it in the No. 4 spots in the rankings with 245.0 hours viewed.

“The Gray Man” edged the Ryan Reynolds film “The Adam Project,” bumping it into fifth place. “Red Notice,” “Don’t Look Up” and “Bird Box” led the list as the top three. 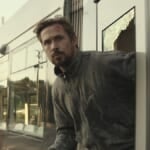 JJ Perry’s “Day Shift” starring Jamie Foxx and Dave Franco leads the movies for the past week. The vampire comedy was No. 1 on the English Films List with 56.51M hours viewed and was on the Top 10 in 93 countries. “Purple Hearts” continued to give viewers all the feels as the film came in No. 2 with 46.37M hours viewed. “Wedding Season” had 19.01M hours viewed in its second week on the list. “The Sea Beast” anchored into the sixth spot with 10.85M hours viewed.

Also served up fresh from Netflix last week include “Never Have I Ever” Season 2, which premiered last Friday and soared up to the No. 2 TV Show slots over the weekend. 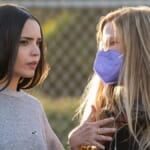